Britain’s food and drink industry has urged the government to delay its plans for a sugar tax, fearing it will add an “unwelcomed burden” on an industry already  hit by a weak consumer confidence and a looming skills gap after the UK’s vote to leave the EU in June.

Ian Wright, the director general of the Food and Drink Federation (FDF), an industry lobby group whose members include the makers of Coca-Cola, Pepsi and Nestlé, has launched a manifesto to help the sector deal with Britain’s decision to exit the EU membership, calling it the “UK’s most significant challenge ever.”

The sugar tax is due to take effect in April 2018. But Wright said the levy, which has been heavily criticised by the industry, should be put on hold. 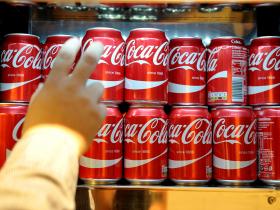 Sugar tax on its own ‘will fail to combat childhood obesity’

“Government has an obligation to act quickly to support confidence and competitiveness – and to provide reassurance and stability,” he said.

The policy, if proceeded, would add an “unwelcome additional burden on a hard-pressed industry at a moment of crisis”, Wright said.

“It seems to me inconceivable that the small number of civil servants with expertise in excise duties within HMRC would, at this time, be working on the sugar levy and not on the replacement for the customs union,” he added.

The FDF and the British Soft Drinks Association (BSDA) have both expressed their disappointment at the George Osborne’s decision to put a tax on sugary soft drinks in the March Budget.

Wright said the industry will continue to oppose the sugar levy which was not evidence-base and not “the least-bit effective”.

No crowds as Apple’s iPhone 11 hits stores in China

Pasta is the secret ingredient for a healthy lifestyle

This is how coffee can help you predict the future

No crowds as Apple’s iPhone 11 hits stores in China

Pasta is the secret ingredient for a healthy lifestyle

This is how coffee can help you predict the future

11 reasons why making your own food is essential

The only Christmas dinner resources you will ever need

A healthy breakfast can get you far throughout the day